From the Association of American Railroads (AAR) Rail Time Indicators. Graphs and excerpts reprinted with permission.

Numerous U.S. rail traffic categories have completely recovered the ground lost during the pandemic or are very close to doing so.

For example, April saw a new all-time record for U.S. intermodal shipments, driven by surging international trade and strong consumer spending. The weekly average for intermodal for April was 293,488 containers and trailers, breaking the record of 293,305 set in January 2021. … 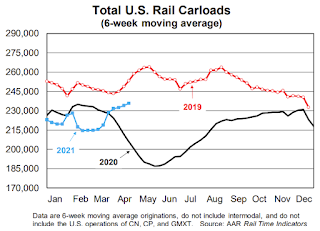 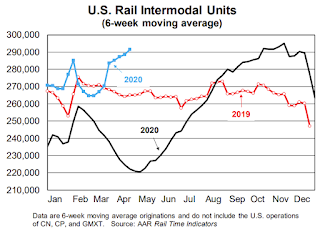