Note1: Import traffic was heavy in February and March – ships were backed up waiting to unload in LA. “some vessels are spending almost as much time at anchor as it takes to traverse the Pacific Ocean.” They were still backed up in April!

Note2: The expansion to the Panama Canal was completed in 2016 (As I noted a few years ago), and some of the traffic that used the ports of Los Angeles and Long Beach is probably going through the canal. This might be impacting TEUs on the West Coast. 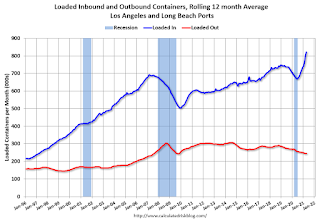 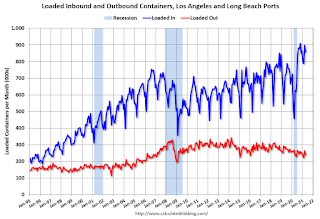 2021 has started off incredibly strong for imports.

Fannie and Freddie: REO inventory declined in Q1, Down 58% Year-over-year