The key report this week is the September employment report on Friday.

Other key indicators include the September ISM Services index and the August trade deficit. 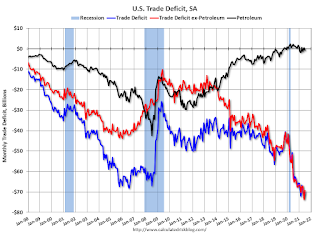 8:30 AM: Trade Balance report for August from the Census Bureau. The consensus is for the deficit to be $70.5 billion in August, from $70.1 billion in July.

10:00 AM: the ISM Services Index for September.

7:00 AM ET: The Mortgage Bankers Association (MBA) will release the results for the mortgage purchase applications index.

8:30 AM: The initial weekly unemployment claims report will be released. The consensus is for 345 thousand initial claims, down from 362 thousand last week. 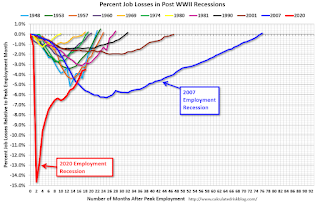 8:30 AM: Employment Report for September. The consensus is for 460 thousand jobs added, and for the unemployment rate to decrease to 5.1%.

There were 235 thousand jobs added in August, and the unemployment rate was at 5.2%.